Particularly adept when it comes to advising on technical and complex employment law problems.

I was called to the Bar in July 2004 and specialise exclusively in employment and discrimination law.

I practise from Trinity Chambers in Newcastle upon Tyne and appear in Employment Tribunals throughout England and Scotland.

I have a balanced practice, accepting instructions on behalf of employers and employees, including trade unions and several local authorities.

My approach to employment problems is to offer a practical and realistic solution wherever possible. I work closely with my instructing solicitors and clients with a view to achieving the best result. I am often called in to assist businesses, the public sector or individuals before a claim reaches an Employment Tribunal, though the ‘traditional’ role of representing parties in Employment Tribunal hearings or appeals remains a significant proportion of my work.

Because of my specialism, I am frequently instructed in complex multi day unfair dismissal, TUPE, whistleblowing and discrimination claims. I also have experience of acting on behalf of both employers and employees engaged in Judicial Mediation or mediation arranged privately between the parties.

I practice in all areas of employment and discrimination law, though I have specific experience of assisting parties in the following sub-categories of employment work:

In 2008 I acted for one of the first ever Claimants to successfully claim that they were dismissed on the grounds of their youth. Due to the unique nature of the issues involved, the case received national press attention and comment. I have also appeared in a number of other high profile cases that have been reported in the local and national media.

As a specialist, I have significant experience of acting on behalf of parties appealing and defending appeals to the Employment Appeal Tribunal. In addition to appearing at hearings, some of which are mentioned below, I also draft notices of appeal, responses to appeals, cross appeals and interim applications.

Appeals can be particularly complex both procedurally and legally and in most cases written advice is sensible before any appeal is commenced and in some cases prior to a response to an appeal being entered.

Prior to undertaking pupillage, I taught in a further education establishment and obtained a teaching qualification. I enjoy providing training on all aspects of employment law. You can find out further information about the training that I can provide by clicking here. 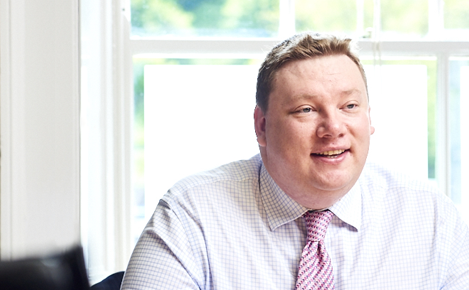 I also write for various publications and have been featured twice in the Financial Times.

View my training experience and what I could do for you.

Join in the conversation and find me on Social